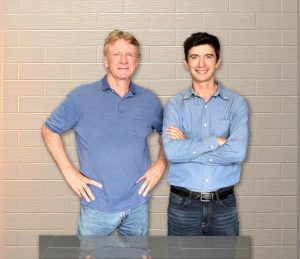 Brooks Molds has been a family owned and operated business since 1999. From starting out with bowl molds, we have expanded our master inventory with various designs including wall panels, vanity tops, shower niches, trim molds, shower pans and numerous custom molds that suit our customers’ individual needs.

Bobby Brooks began working in the composites industry in 1984, when he was hired by the mold and prototype department at Mortar Creek Plastics in Elmore, Alabama. He was quickly promoted to Shop Supervisor and continued there as a Master Pattern Maker until 1999, when he launched his own business – Brooks Molds. He quickly became known in the cast polymer industry after making various molds for companies in Alabama, Mississippi and Louisiana. Since then, companies throughout the US have used his molds. His creativity has led to new innovative patterns in use in the industry today. Bobby and his son Timothy continue to produce molds and custom designs for the cast polymer industry as a family owned and operated business.